Why is World Photography Day on August 19?

Photography is an old process, and on this day we celebrate this practice that is simultaneously an art, science, and craft. Since 2010, people all over the world have been observing this day by submitting to the online gallery at https://www.worldphotographyday.com

We're celebrating with 19% off any of our workshops (at the bottom of this article), but why do us photographers celebrate on this particular date?

Here's the history behind some of the milestones that have built up to the current photographic landscape.

The 'first' photographic image is difficult to identify, and depends on the chosen definition of what qualifies. However, an early progenitor of the practice is certainly Hasan Ibn al-Haytham of Basra, Iraq. Ibn al-Haytham was a mathemetician, philosopher, physicist, and astronomer working in early 11th century Cairo. 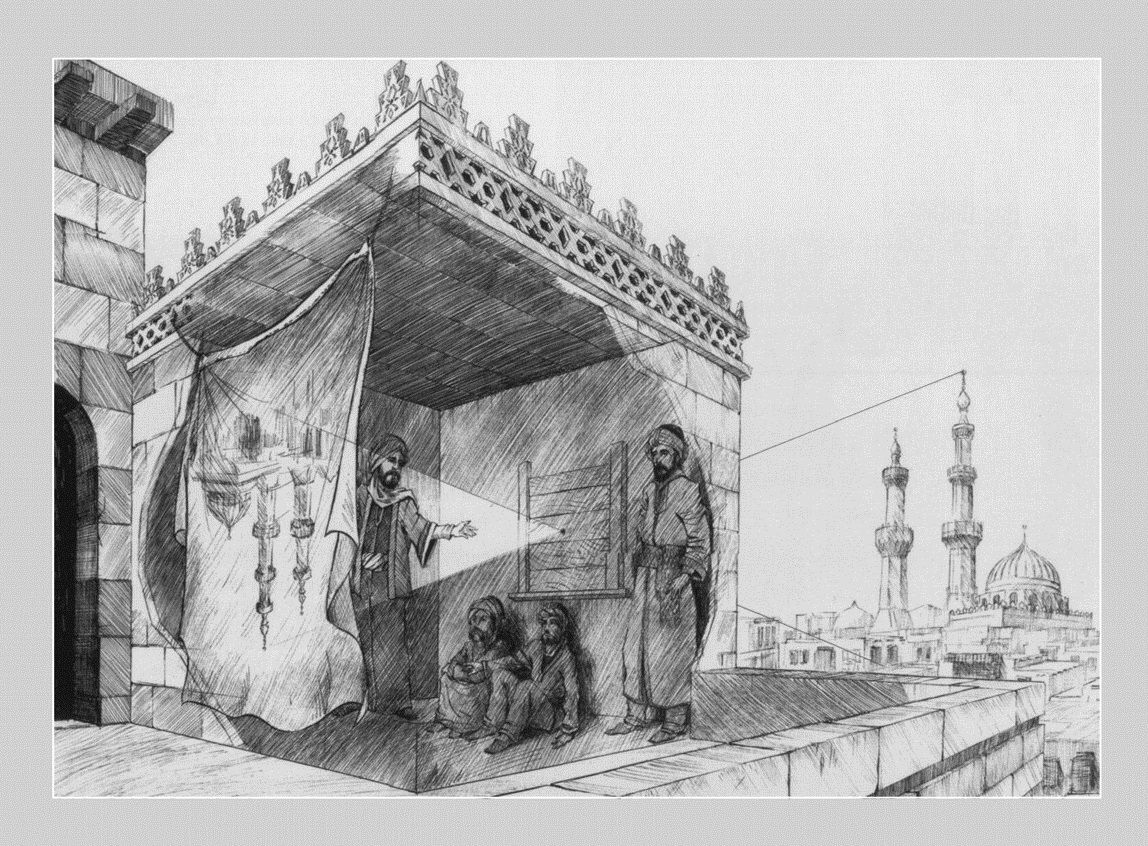 He is credited with some of the earlier experiments with a 'camera obscura', which is a dark room or box that is pierced with a small hole in the wall towards the subject, the projection of which appears inverted on the opposing wall. Ibn al-Haytham deduced from his projections that light moves in straight lines.

Jumping ahead several centuries, we arrive to the story behind why we celebrate photography on this date. In 1838, Louis-Jacques-Mandé Daguerre captured this image, the first recorded photograph of a human being. 'View of the Boulevard du Temple: huit heure du matin' is a daguerrotype (from daguerrotypy, a process invented by the Frenchman), exposed for 10-12 minutes. Although a busy avenue, only a shoe-shiner and his customer are clearly visible, being the stationary in the bustling crowd. 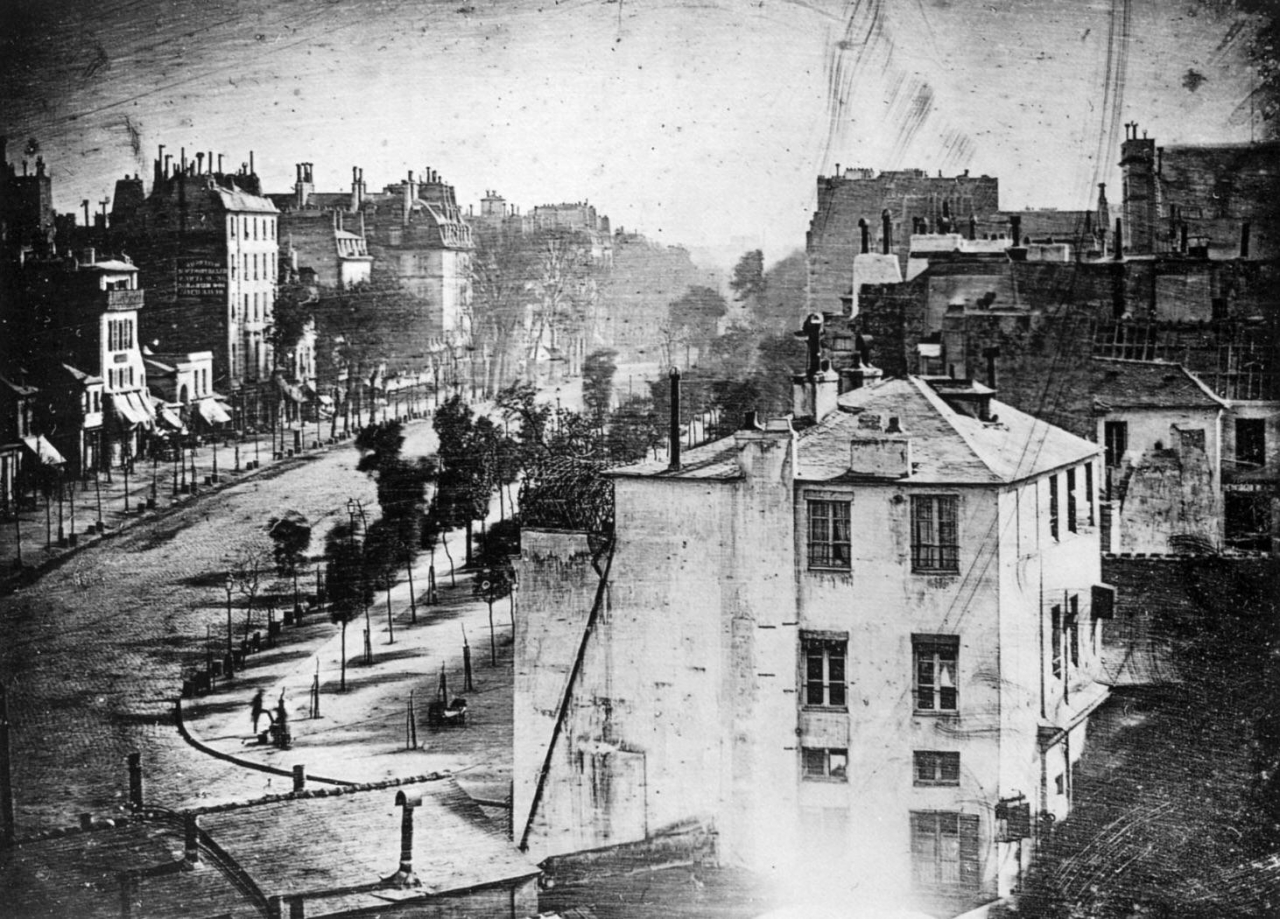 Daguerre struggled to sell his invention commercially. After public displays in January 1839, the French Parliament was lobbied to purchase the patent to daguerrotypy and grant Daguerre a pension of 4000 francs ($30,000 when adjusted for inflation) per year. The French government intended to "then nobly give to the whole world this discovery which could contribute so much to the progress of art and science."

On August 19th in 1839, the process was made publicly available.

Less than 200 years later, photography has come leaps and bounds, and changed society in turn.

Photography advanced to more permanent reproductions, first on paper and then to the silver-halide film we are all familiar with. Then in 1957, the first digital image was created by Russell Kirsch at the National Bureau of Standards in the USA, 2 decades before Kodak's first digital camera. 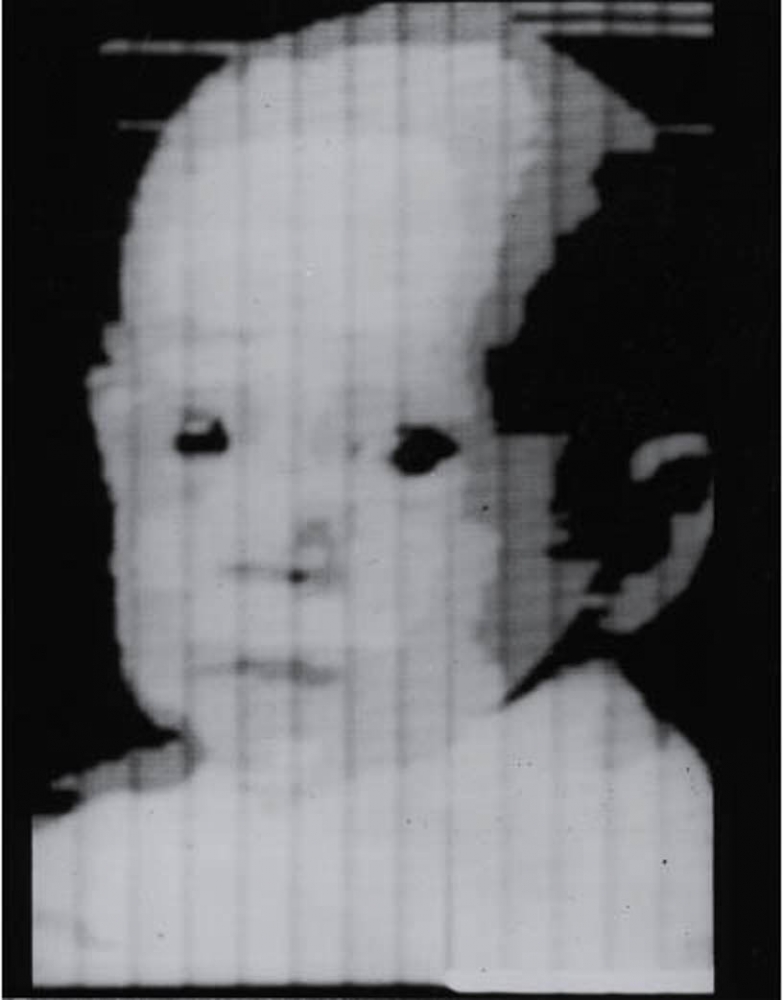 This is the massive computer that was used to produce this miniscule image:

The phone camera in your pocket is orders of magnitude more powerful than the computer in this image, which occupied an entire room.

Computers got much smaller, and in the early 1990s, Sir Tim Berners-Lee was working at CERN⏤the European Organisation for Nuclear Research. Sir Berners-Lee is credited as the founder of the World Wide Web, and on July 18, 1992, he uploaded the first image on the Internet. 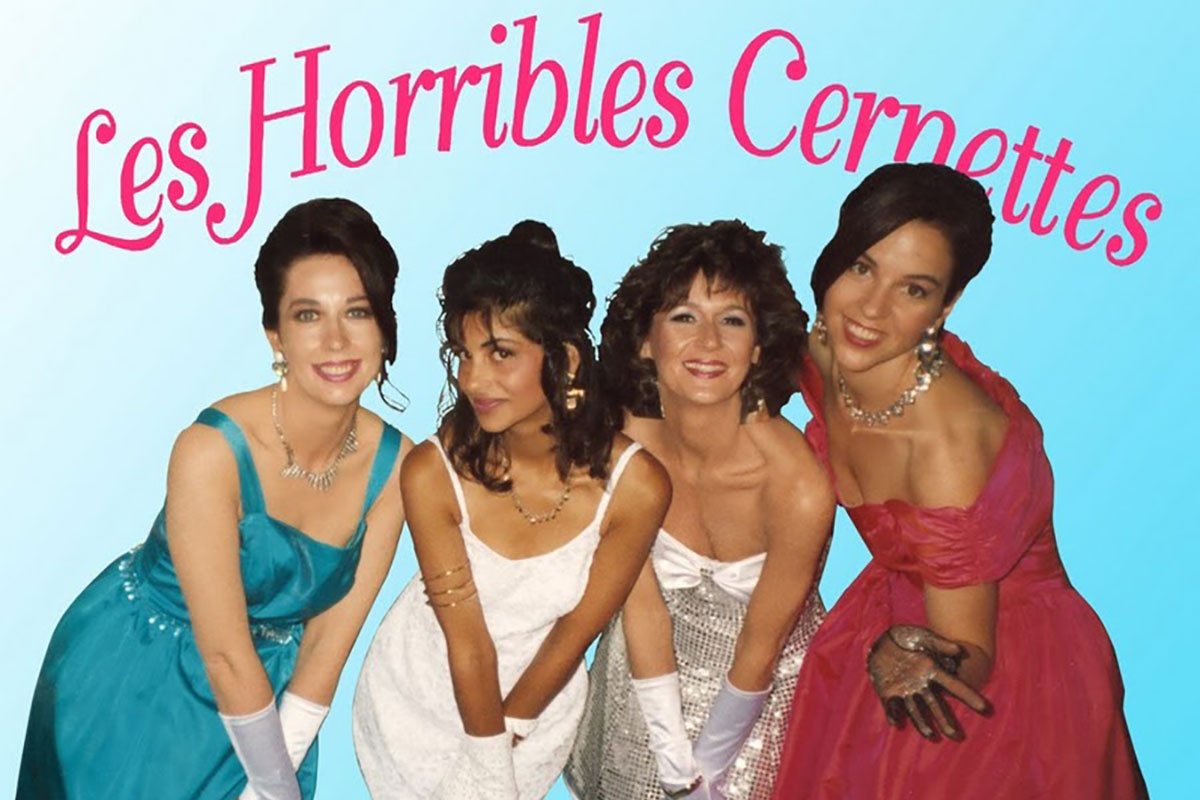 The image depicts a parody doo-wop band: Les Horribles Cernettes, made up of Michele Muller, Colette Marx-Nielsen, Angela Higney, and Lynn Veronneau. Michele, ex-actress and 3D graphic designer at CERN, was dating a computer scientist and grew frustrated with her boyfriend's lengthy shifts. She decided to form a band with her colleagues, and they sang humorously about all things on the cutting-edge of physics. This amused Sir Berners-Lee, who asked for a few scanned images of the band, which he then manipulated in the first version of Photoshop on an early Macintosh and uploaded to his World Wide Web.

Today, 95 million photos are uploaded to Instagram per day. On July 16, 2010 the first image on Instagram was uploaded by Kevin Systrom, one of the founders of the social media platform. The photograph, captioned 'test', depicts a dog (whose name is unknown) and the foot of Systrom's girlfriend. 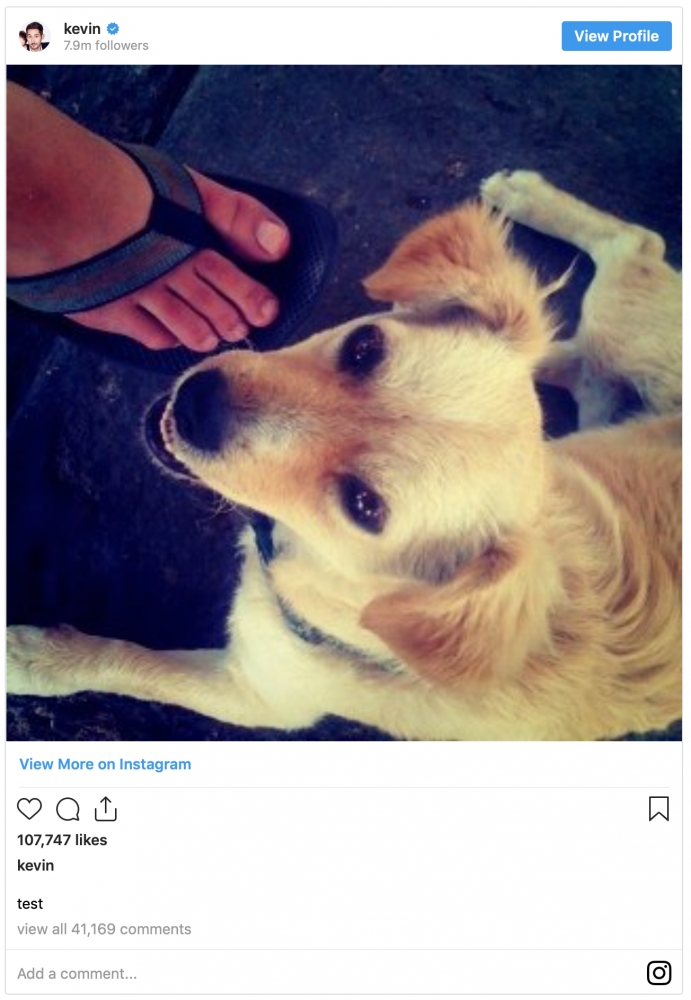 To celebrate, we're offering a 19% discount on any of our workshops with the code 'WPD19'.

Want to delve further into photography history? Join us for Shooting & Developing Film on August 23!

For beginners, check out Photography Level 1!

Sir Tim-Berners Lee definitely could've benefitted from our Introduction to Adobe Photoshop when editing the first image uploaded to the internet.

Finally, we urge you to go out and take some photos! Or stay indoors, really. But once shot, submit them to the online gallery at https://www.worldphotographyday.com, and #worldphotographyday when sharing them.

What is a Photo Walk?

What is a Photo Walk?

Khalil Lamrabet is featured in The Arab Street, Vol. II, and is one of the panel-members for our upcoming critique night. 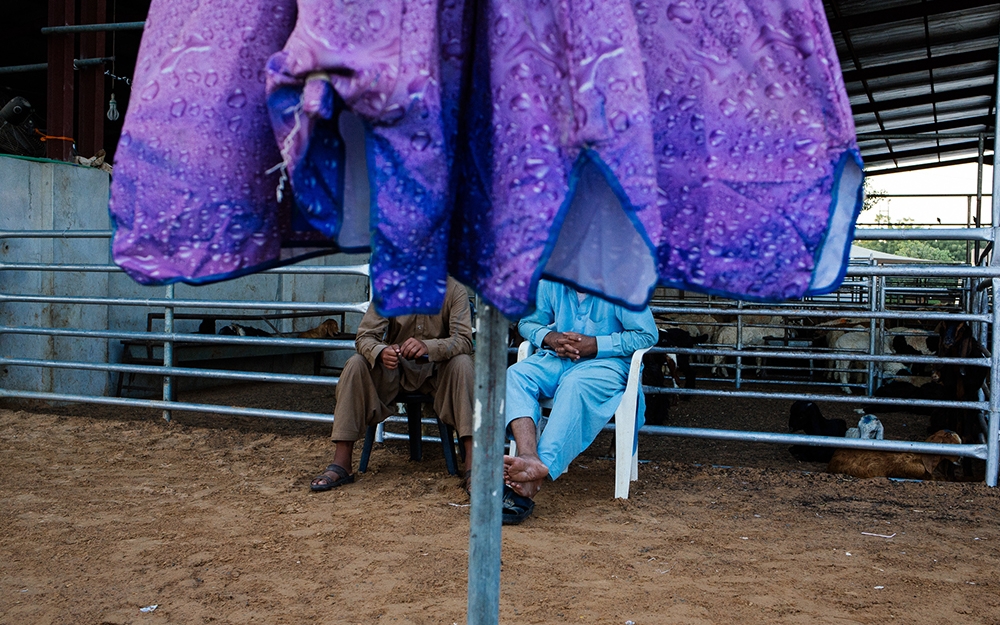 Khalil Lamrabet is featured in The Arab Street, Vol. II, and is one of the panel-members for our upcoming critique night.

Cameras That Went to the Moon

⁣On this day in 1969, humans walked on the moon for the first time, and took cameras with them. 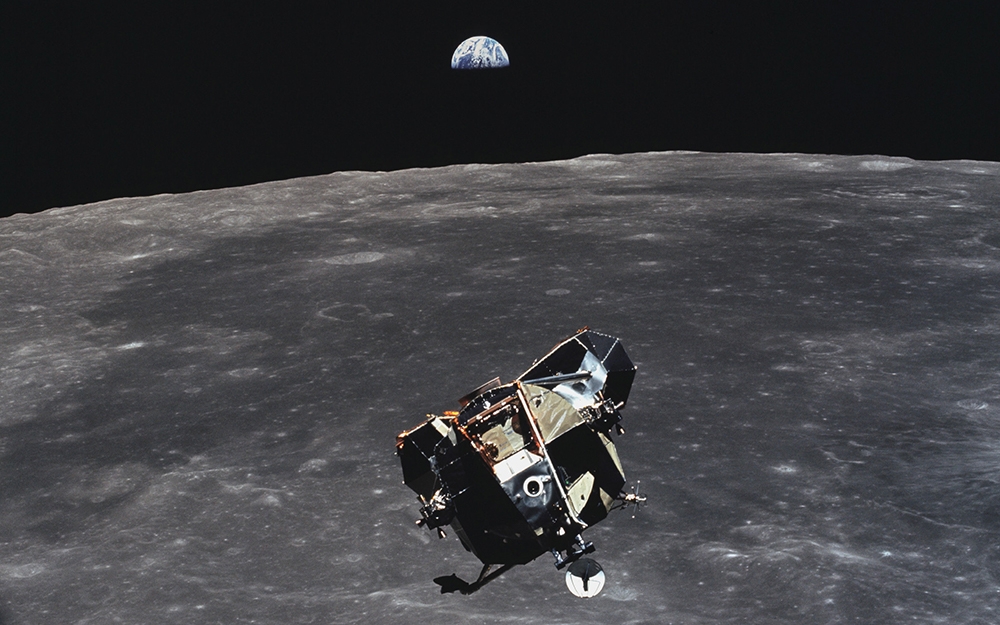 Cameras That Went to the Moon

⁣On this day in 1969, humans walked on the moon for the first time, and took cameras with them.