The 8th edition of the Breda Photo International Festival opens today, September 5th in Breda, Netherlands. GPP Director, Mohamed Somji was appointed as one of the Associate Curators and invited to showcase work by 5 photographers with work from the Middle East that responded to the theme, To Infinity and Beyond exploring the opportunities, the dangers and the dilemmas of the future. 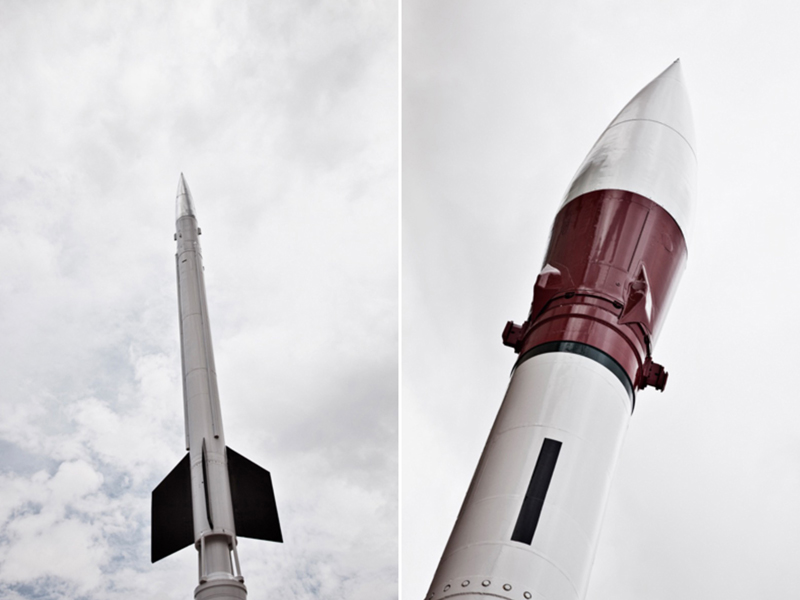 The future is often celebrated for the technological and scientific progress that is expected to bring positive change – however, we know that technology can also be a destructive force. This is what Sama’s work shows in her series, Warhead. Looking at the appearance of rockets, with their slender shape and confident design, they trigger both feelings of awe and aversion. These are machines that are the messengers of death, who tell us who is the boss and who are our friends and enemies.

On the one hand their forward weightlessness and on the other hand the enormous heaviness in both their appearance and their psychological impact. Their violent potential ensures that entire nations go to sleep peacefully and carefree at night. With the Warhead photo series, Sama Alshaibi shows us the signs that are in our sky, but which will hopefully never come true. Sama is represented by Ayyam Gallery in Dubai.

The Middle East is often referred to as the 'cradle of civilization' and was considered one of the most fertile regions in ancient times and christened the moniker, Fertile Crescent). Now it threatens to become a barren desert. The summers get hotter, rivers dry up, sandstorms increase. The extreme climate, the result of human action, results in the loss of lives of innocent people. Due to weather extremes, salinisation of river water, over-irrigation and population growth, there is less and less drinking water.

Two thirds of the countries in the region do not have enough drinking water according to the United Nations. A 180-kilometer-long water pipeline from the Red to the Dead Sea will supply Jordan from 2020 onwards. Nadia Bseiso (Jordan, 1985) followed this controversial construction project, which is likely to have adverse ecological consequences. Nadia Bseiso captures everyday life as she traverses the length of this pipeline and the result is an evocative and poignant body of work.

I’ll Die For You

Laura El-Tantawy’s work was commissioned by BredaPhoto and explores the close, reciprocal bond between farmers and their land. But that bond is under pressure due to the pursuit of profit, political struggle and technological progress. I'll die for you is an ongoing project. For BredaPhoto and with the support of the Magnum Fund, El-Tantawy visited farmers in the Palestinian territories.

For them, working on the land is also a political activity, a confirmation of their identity. The once fertile country has become part of the ongoing struggle between Israel and Palestine. Her source of inspiration is her Egyptian grandfather, a farmer who worked herself on the land. I'll die for you is an ode to this solitary and unbearable way of life. 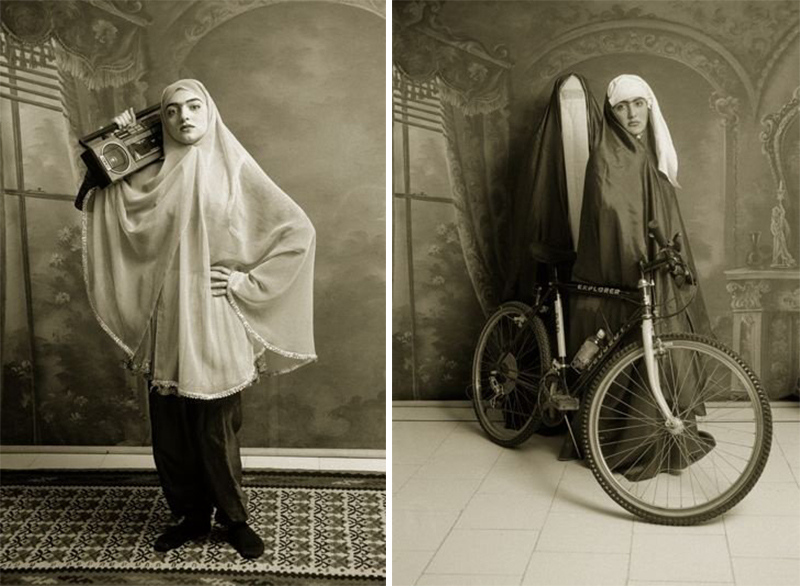 Iranian photographer, Shadi Ghadirian, is showing Qajar, a series of portrait photographs who was inspired by the studio portraiture first introduced to Iran in the late nineteenth century under the Qajar dynasty (1794–1925). In order to re-create the earlier setting, Ghadirian employs painted backdrops and dresses her models in vintage clothes to emulate the fashion of the day: headscarves and short skirts worn over baggy trousers, as well as thick, black eyebrows.

She adds modern elements to these traditional scenes, such as a Pepsi can, a boom box, a bicycle and an avant-garde Tehran newspaper. The work is aimed at highlighting the contrast between modernity and tradition in our globalised world. Reflections of how life was different then and is now also brings along thoughts of the role of women and how much it has or has not changed.

Syrian artist, Sara Naim represented by our neighbors, The Third Line is showing work from her series, When Heartstrings Collapse work. It used to be thought that heartstrings (literally: heart strings) were the nerves and tendons that kept our hearts in the right place. Today it is an indication of our deepest feelings and soul stirrings. Her installation at the Stedelijk Museum Breda showcases the physical effects of emotions. What happens in your body when you experience an emotion? Of course, we turn pale, blush or shiver, but what happens under the surface? What happens in your cells?

Sara uses a microscope and a scanner to enlarge the dead skin cells of her fingertips, the body ends with which you make the most frequent contact with the world. With that she literally stretches the boundaries of our cells and our bodies. She deliberately shows the mistakes the computer made when she edited the images, which in turn yields new abstractions. 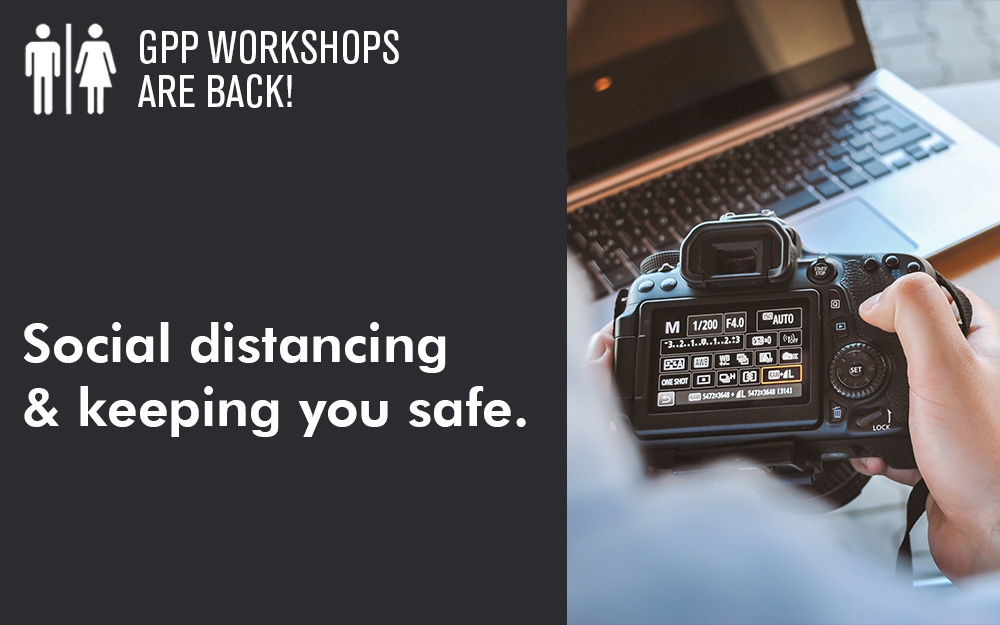 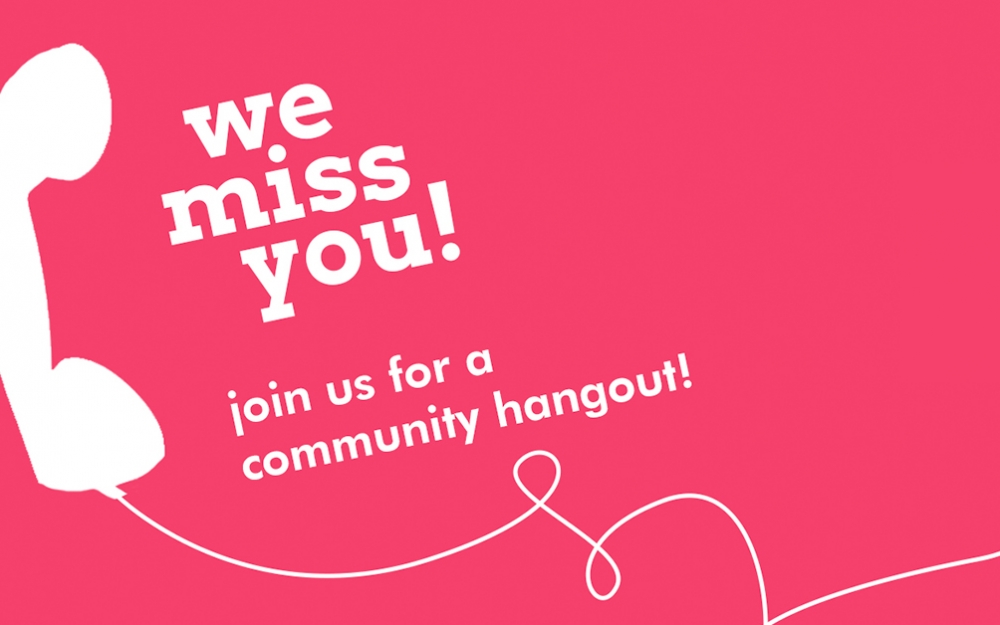