Home > Blog > Photography Resources > All I Want is Life: Protest Photography and the Legacy of Moments in West Asia and Northern Africa —Abdulla Moaswes

The following is a piece written by Abdulla Moaswes, researcher and educator. It reflects on photographs, and the implications thereof, shown in the exhibition 'All What I Want is Life'.

All I Want is Life: Protest Photography and the Legacy of Moments in West Asia and Northern Africa

Writing in 1999, the great Palestinian intellectual Edward Said lamented the “disorganised” state of Arab collective memories, writing that a lack of proper record-keeping and documentation has created a “sprawling, teeming history off the page, out of sight and hearing, beyond reach, largely unrecoverable”. Today, at the end of one of the most eventful decades in living memory, the history of the common citizen, the brave and steadfast non-elites that give life to the present, remains as sprawling and teeming as ever, but with many of its sights and sounds captured and recorded by some of its most active participants.

2019 saw the rise of a multitude of protest movements around the world, many revolving around similar themes: demanding social justice and an end to the politics of division and exclusion, corruption and economic inequality. Accordingly, the title of this exhibition, All I Want is Life, is inspired by one of the many slogans graffitied onto the walls of Baghdad, Iraq – one of the many sites of such protests. It serves as a monadic expression of the conditions, emotions, logics, factors and frustrations that have motivated many to abandon previous lives of acquiescence and embrace the dignity that they are entitled to. This exhibition, focusing on photographers from Lebanon, Iraq, Algeria, and Sudan, will thus demonstrate how photographers and videographers bestow a long-lasting legacy upon the moments that create the ethos of a movement.

Kashmiri filmmaker Sanjay Kak describes curating protest photography in his homeland as providing “an introduction to public memory” and “a window into its turbulent present”. By doing this, protest photography serves a function both within and beyond the individual moment captured by an individual photographer. It provides the viewer with an account of an event that does not necessarily claim objectivity, but one that claims resonance between a place, occasion, and those experiencing and witnessing it. In amongst the debates of historians about whether it is possible for an account to rightly claim objectivity or not, it is worth recalling that the very act of validating objectivity has been traditionally governed by a power dynamic that favours those from whom rights are demanded. This causes the protest photograph to function as a crucial counterbalance to state hagiography both as action and artefact.

A further key role of capturing moments on film during protests is to be part of a process of developing and recalling a visual and practical culture of liberation. Consider the aesthetic gravitas of Lana Haroun’s famous photo of Alaa Salah, clad in white, leading a protest in the Sudanese capital of Khartoum. To the outside viewer, it is Salah’s presence itself that states female empowerment as one of the themes present within the image. However, Sudanese viewers will note the specific relevance of her attire as well, which according to Hind Makki calls back to a long history of how female protesters dressed in past decades while marching to demand an end to military dictatorship in the country. This additive process of contributing units of culture embedded with deep meanings, both particular and universal, creates a cultural community of dissent that can feel very local while still criss-crossing protest movements regionally and worldwide.

There is a fundamental distinction to draw between protest photographers and photojournalists within protest spaces. While both have been responsible for capturing some of the most powerful visuals and documenting the most moving of moments at protests, there remains a disparity in their respective relationships to powerful institutions and in their positionality with respect to the movement. Although the feelings of a photojournalist and a photographer towards a protest may overlap, there does exist a line between building a narrative for an event and relaying the story of a moment, between considering the external viewer and considering the view of one’s self, and between the various types of incentives that drive each and the corresponding risks involved.

Crucially, there exists a derivation of the Heisenberg Uncertainty Principle that governs what one learns from the work of photojournalists and protest photographers and it relates to how crowds are contextualised as opposed to individual protesters themselves. Consider Roï Saade’s photo of two protesters using a single Lebanese flag to keep themselves safe from the rain. Although it does not tell us very much about the literal happenings at the demonstration in the Lebanese village of Jal Al Dib, it presents within it an idealised image of a Lebanese future shared by protesters across the country. A future where a unified Lebanon can be trusted to protect its residents regardless of their socio-political identifiers, which protesters believe the current system exploits for the benefit of sectarian warlords and oligarchs. Maintaining this kind of symbolism, which centres individuals who have taken great risks to be a part of the movement, represents a powerful push back against the orientalism and regressive gatekeeping of the biggest media outlets. It ensures that the people, with all of their diversity and solidarity, organically form and sustain the aesthetics of their own protests without the kind of outside editorialising that can result in demonisation and dehumanisation.

From a communications perspective, it is also relevant to highlight the role of protest photography in the process of sousveillance. Steve Mann, a computer scientist famous for his contributions to wearable technology and augmented reality, defines sousveillance as the opposite of surveillance; in other words, civilian undersight that contrasts with governmental oversight. This represents a process by which citizens use technology to hold the state to account with the aim of preventing extreme authoritarianism, totalitarianism, or any other such monopoly on power. The presence of a camera in the hands of a citizen at a protest is a foundational form of using technology to fight back against state violence and overreach.

A photo taken from such a camera has the ability to empower an individual within it while simultaneously casting shame upon those representing the corrupt state. By way of example, one can observe the discussions created around the famous anonymous video that shows a Lebanese woman kicking an armed ministerial guard. In a short few seconds, the person who recorded the scene has managed to highlight government excess, rashness, and a proclivity towards violence while also accentuating the theme of women empowerment and centring the role of women in pushing back against said excess, rashness, and proclivity towards violence.

While a structure does not yet exist in which the many protest photographs from across the Arab world can be archived for future use, the photographs do travel across social media and to exhibitions and galleries, where they are replicated and seen by millions of people. Although this does not in itself organise public memory, it at least ensures that when the time comes when such a structure comes into being, the Arab memory is far more vivid than it would have been such prolific propagation of resonant and powerful protest photographs, visuals, and aesthetics. The act of a protest being visually represented from within allows a control over the narrative that external gatekeepers may not afford to protesters. It is through such a participatory process of narrative-building that a healthy culture of civil involvement in guiding the vision of nations may be built and sustained in a way that benefits everyone.

Abdulla Moaswes is a researcher and educator based in Dubai at the time of writing. One of the topics he is most interested in is the cultural politics of liberation, primarily in West and South Asia as well as North and East Africa. In addition to this, he has written on topics as diverse as current affairs, chai karak, and internet memes. You can follow him on Twitter and Instagram @KarakMufti. 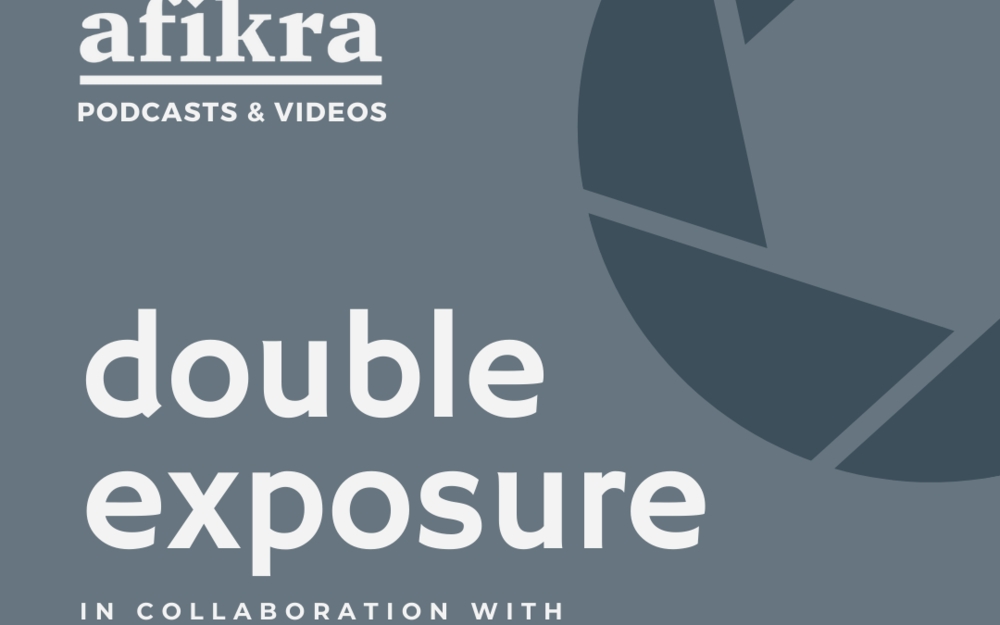 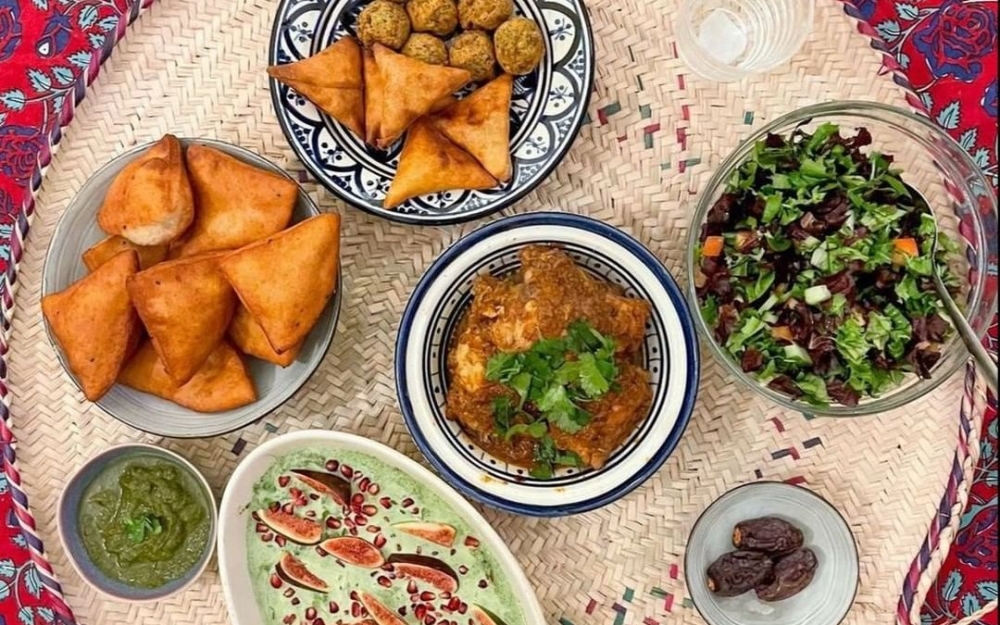 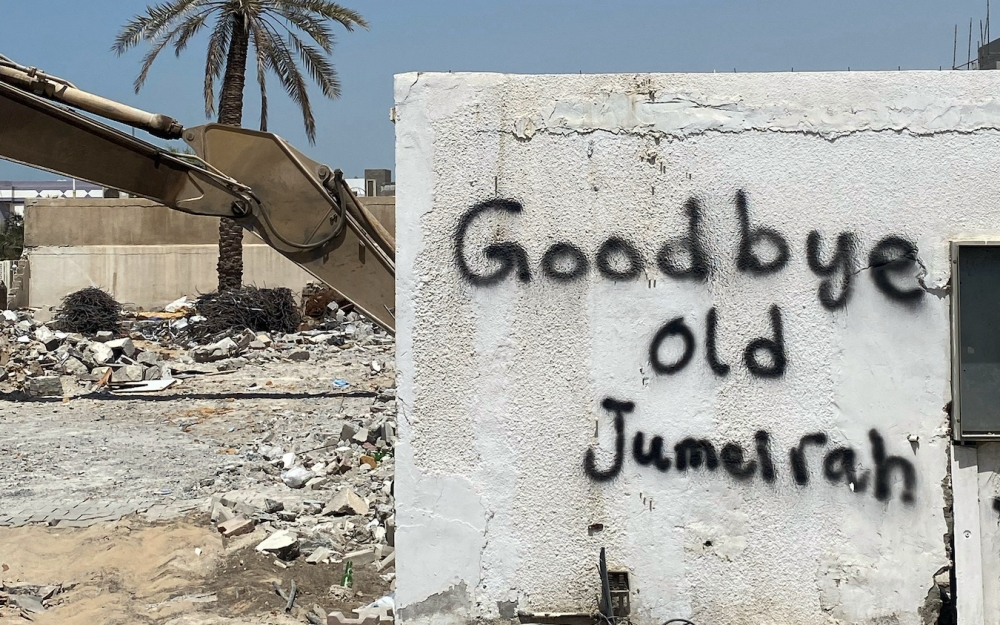