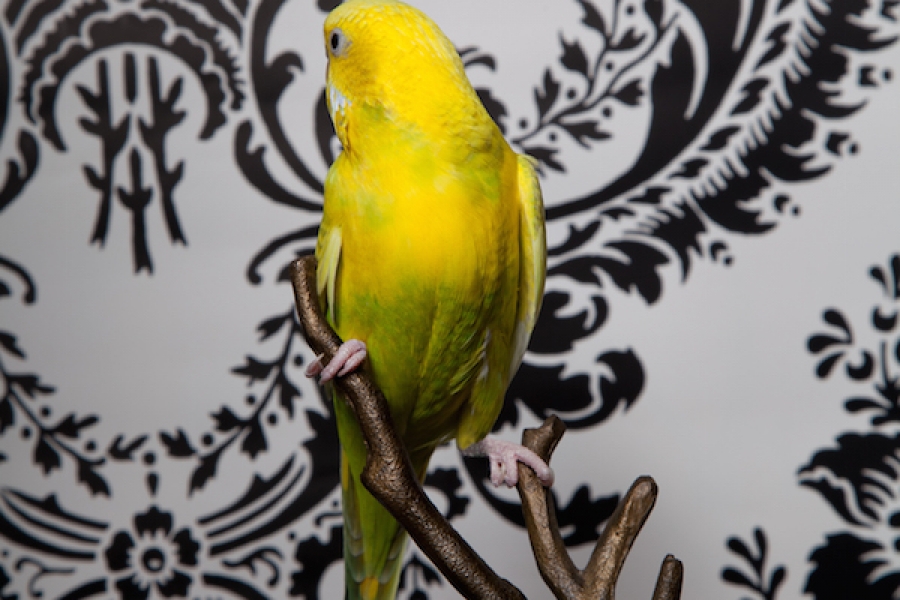 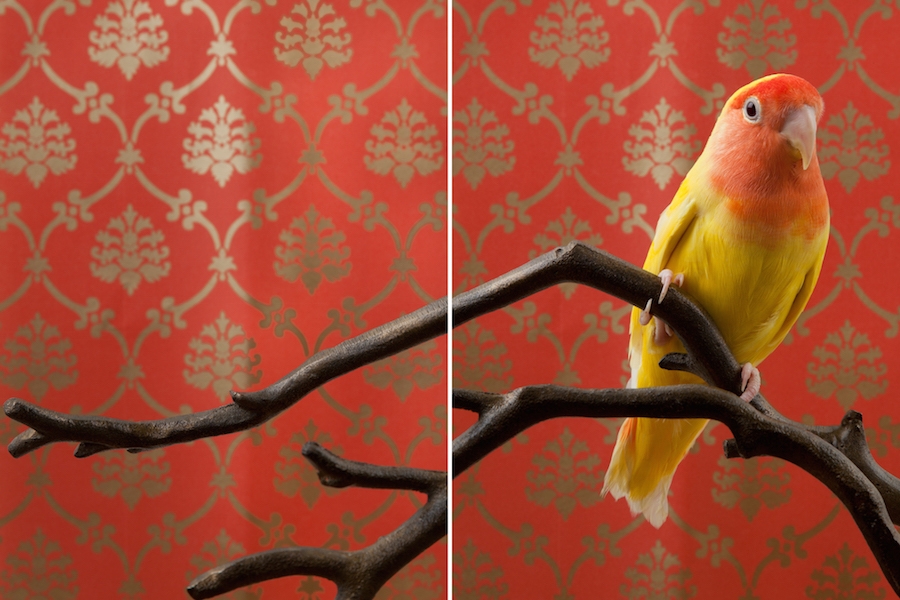 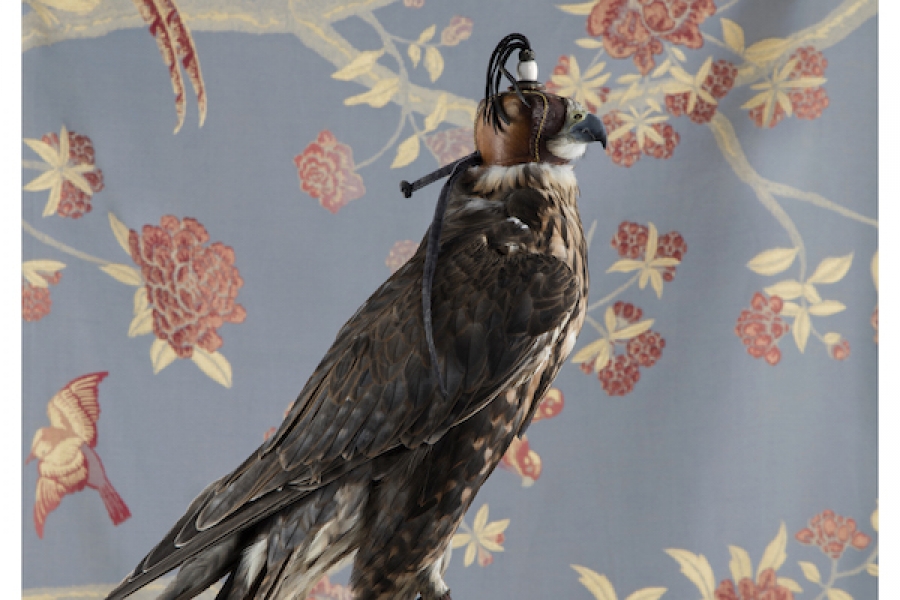 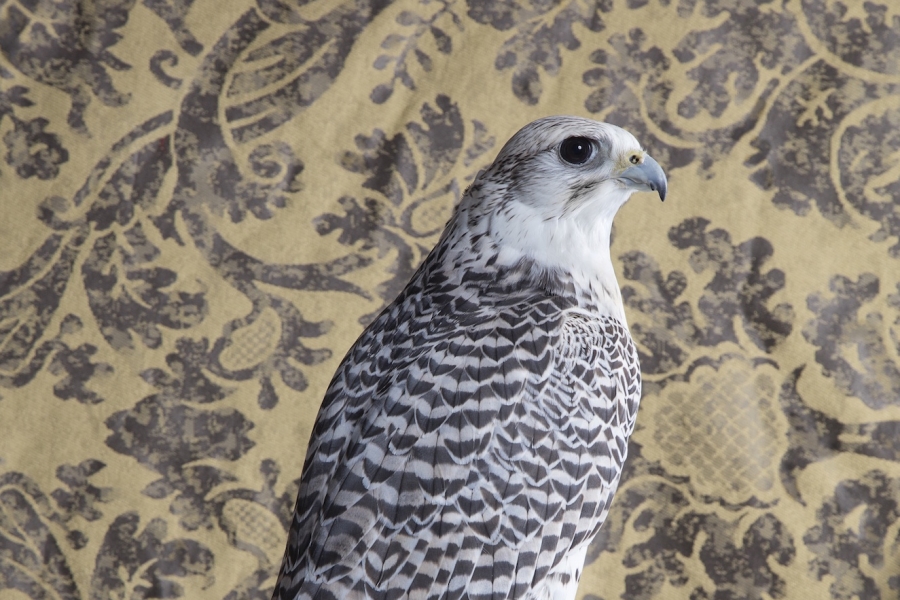 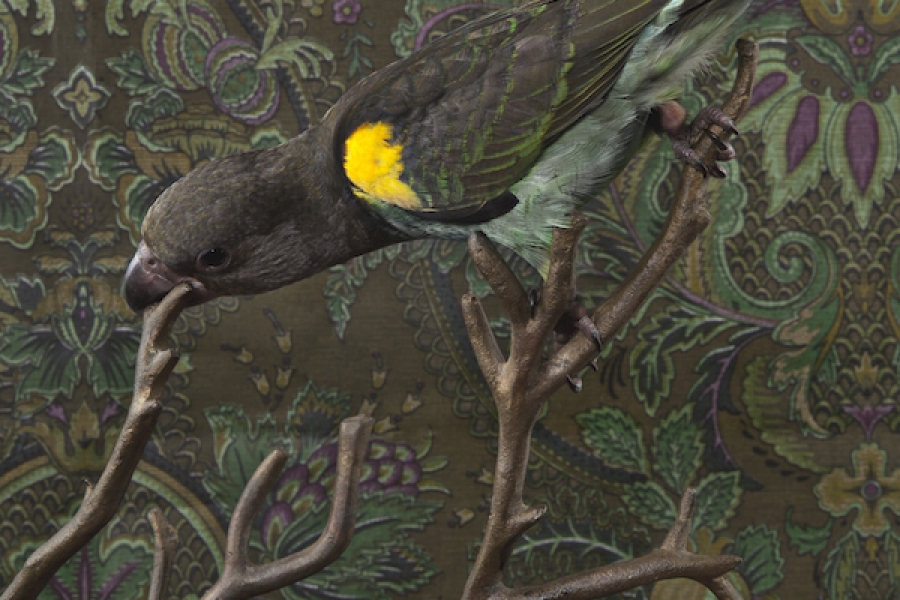 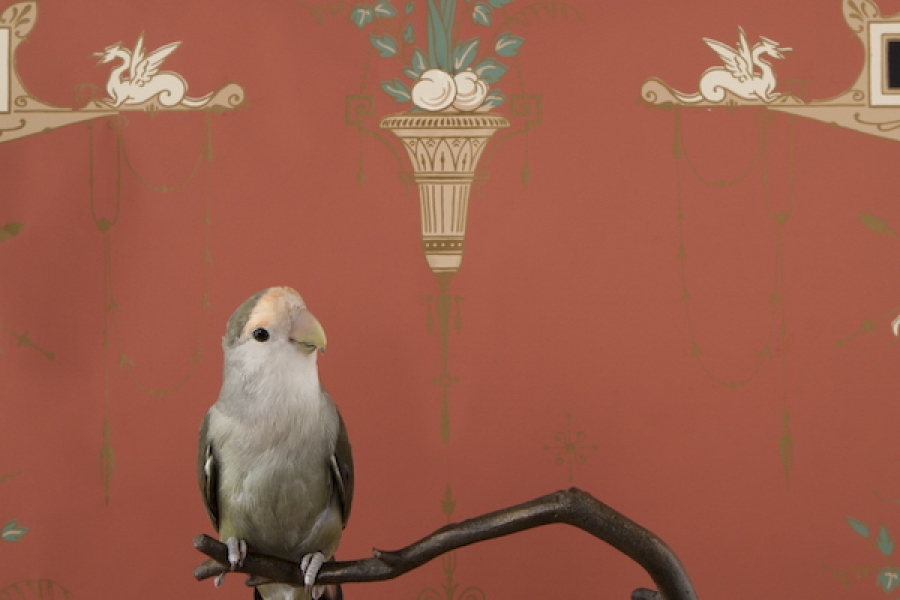 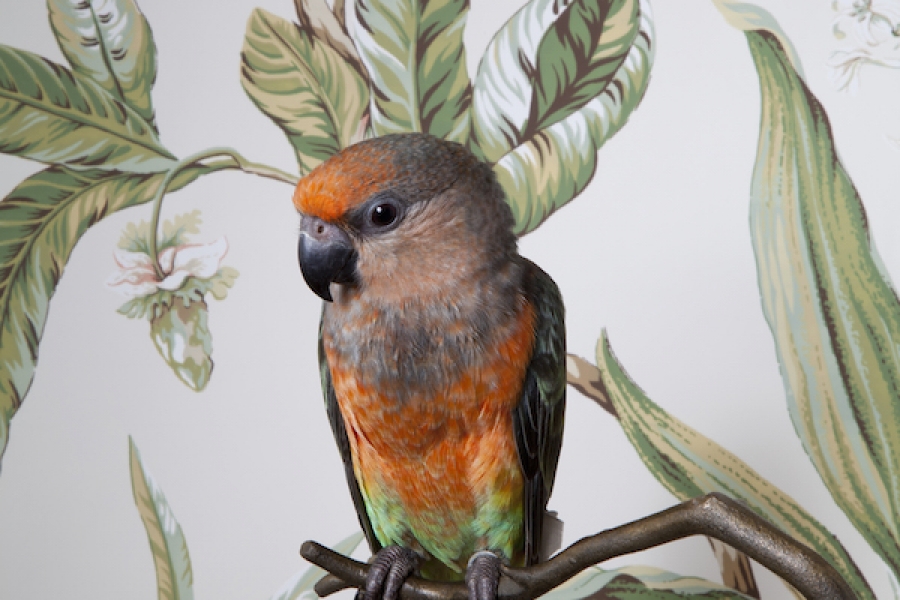 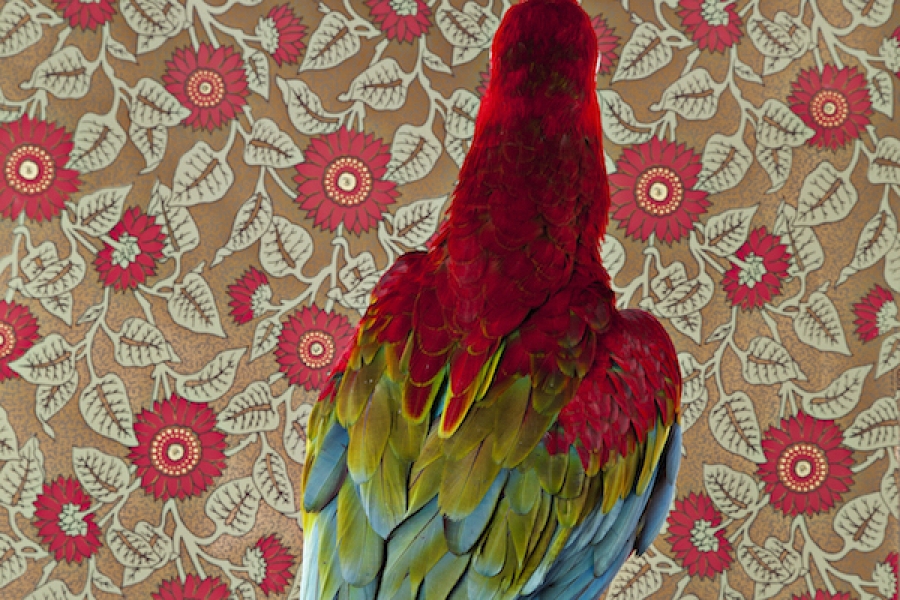 Her transportive imagery uses universal themes of dreams, fairy tales and mythology to visually symbolize the many facets of the human condition.  Her elaborate constructions are reminiscent of classical paintings, and evoke the aesthetics and ideals of Pre-Raphaelite, Romantic and Gothic periods.  The dark and whimsical images often explore concepts of nostalgia, memory, femininity and depictions of the self, frequently referencing the Victorian Era with its fascination of the natural world and ideals of beauty.

Birds of a Feather

Birds of a Feather is a portrait series by Claire Rosen of live birds ranging from the common Parakeet to the exotic Hyacinth Macaw. The birds are photographed against complementary vintage and historical reproduction wallpaper to encourage optical illusion and visual blending. The birds mirror the careful, self-conscious poses of humans in a comical and unexpected way. Posed, the birds anthropomorphize as we attribute human emotion and intent to their expressions.
View Exhibition 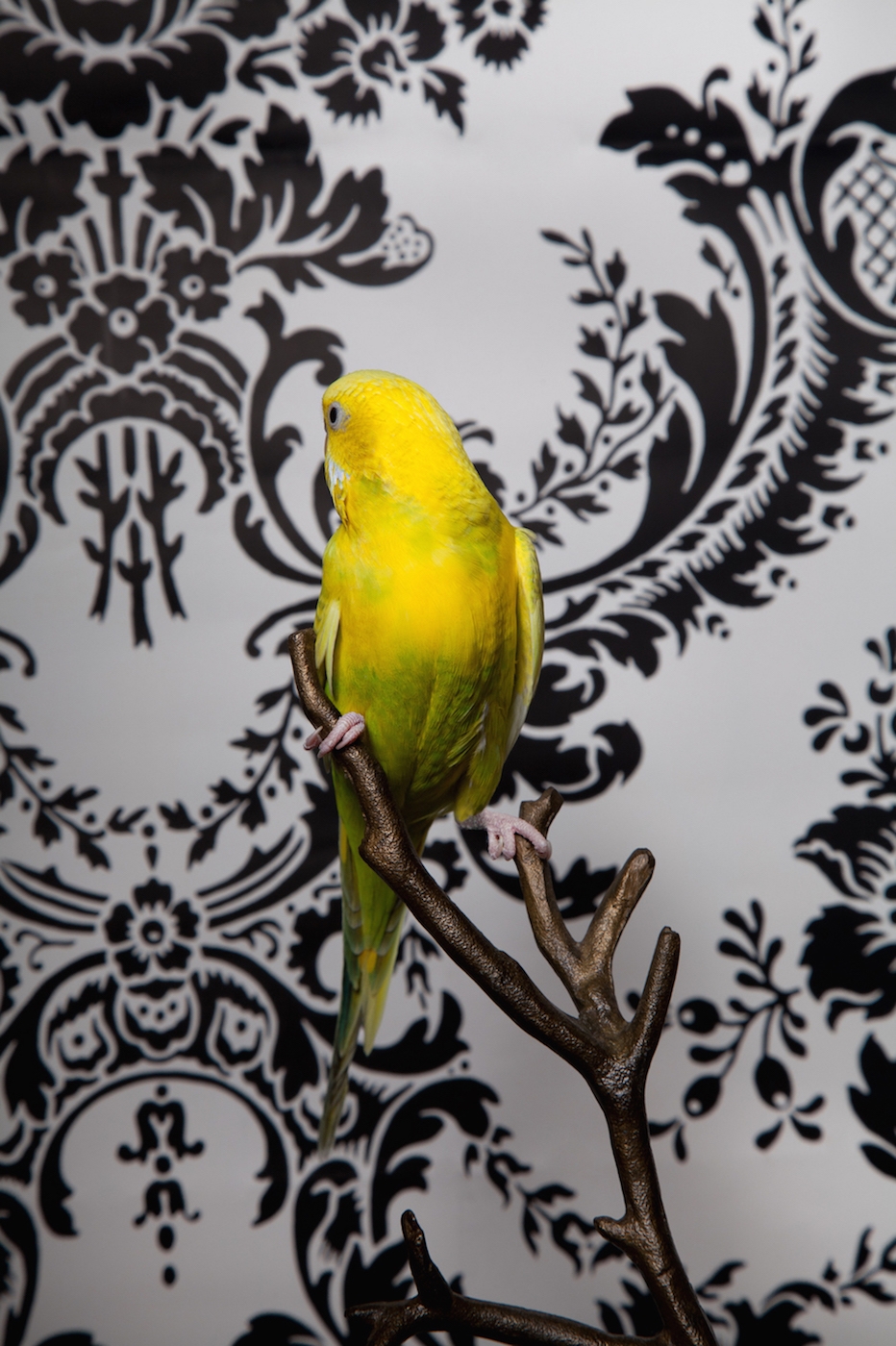 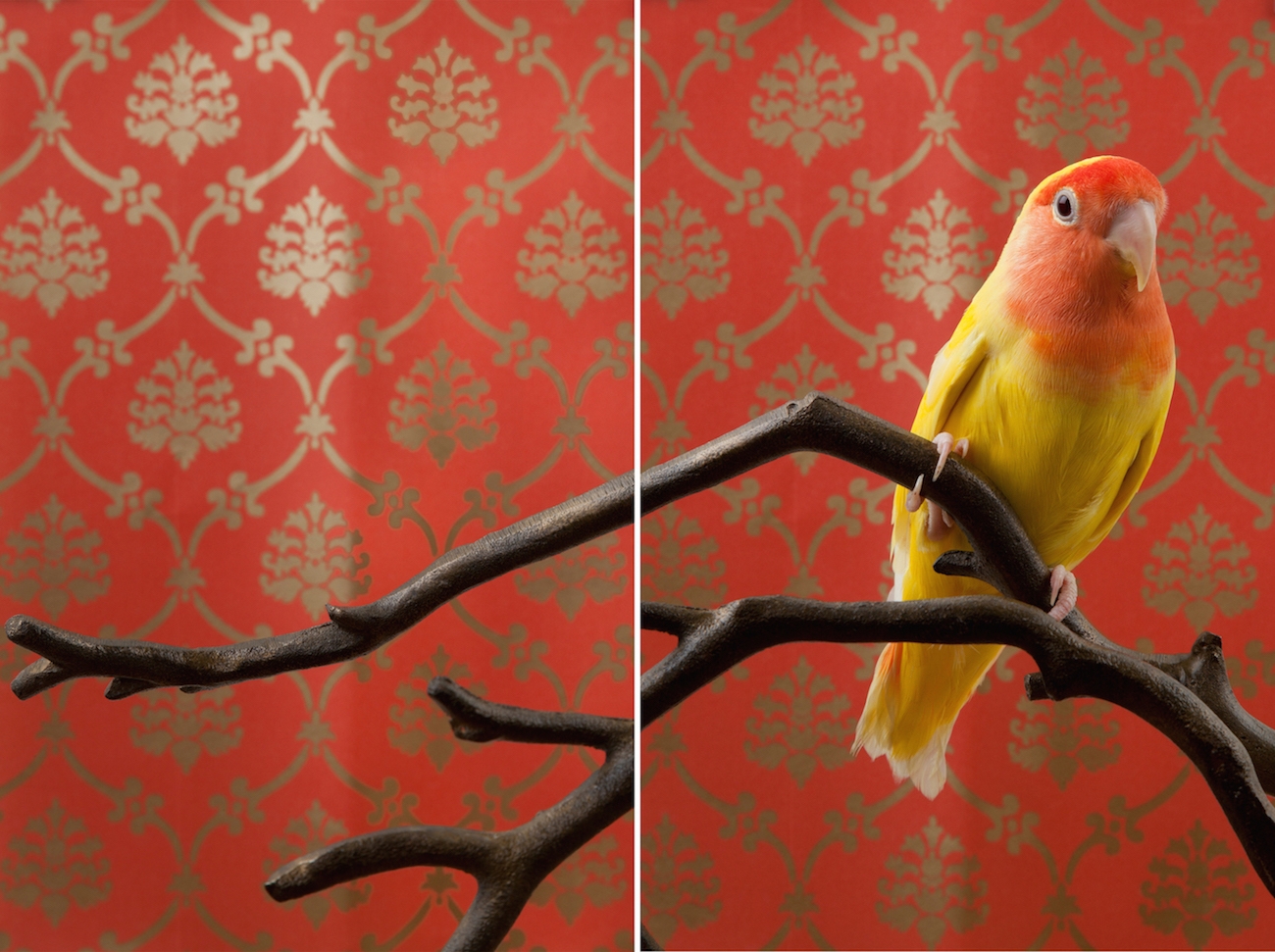 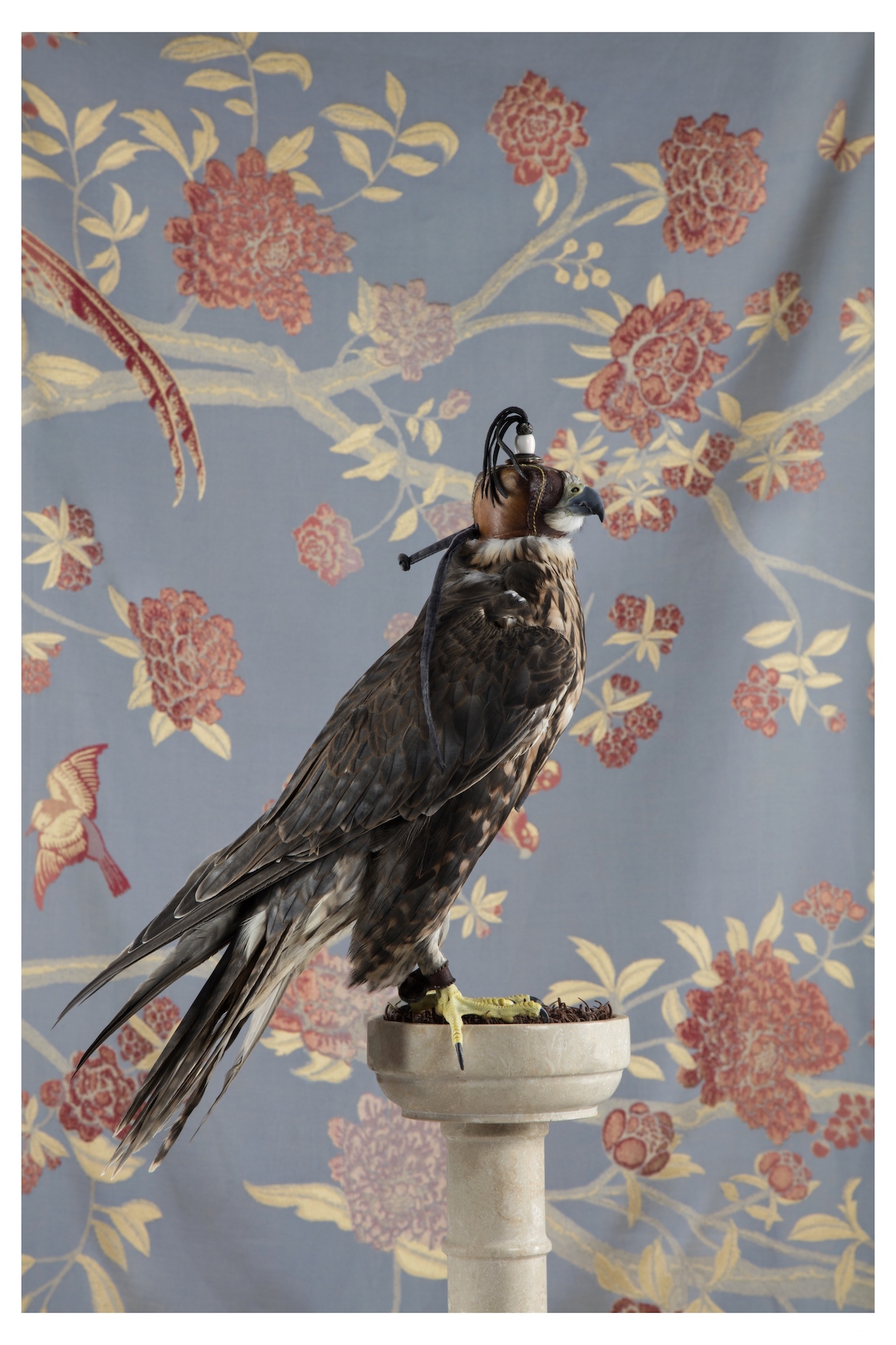 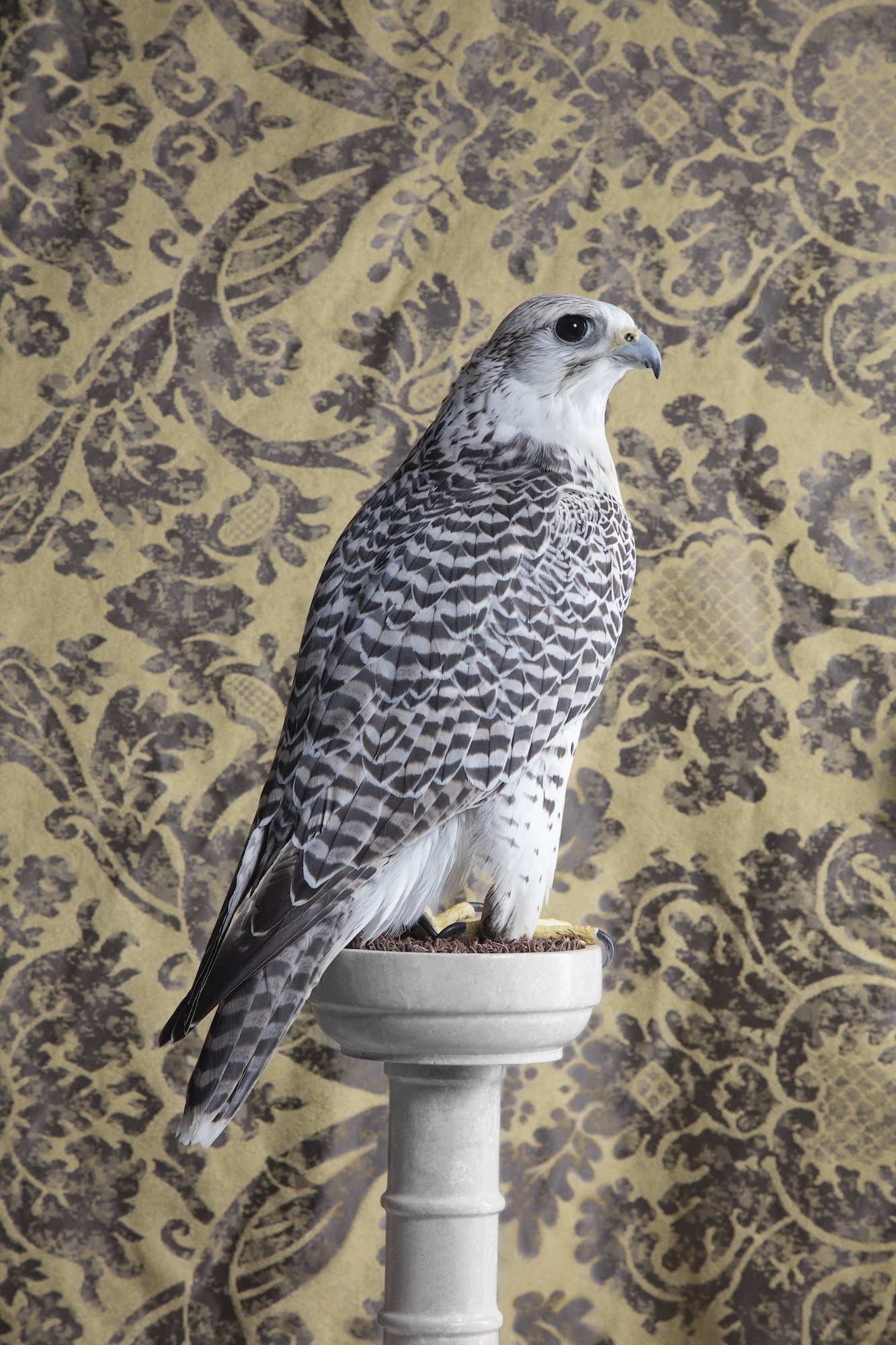 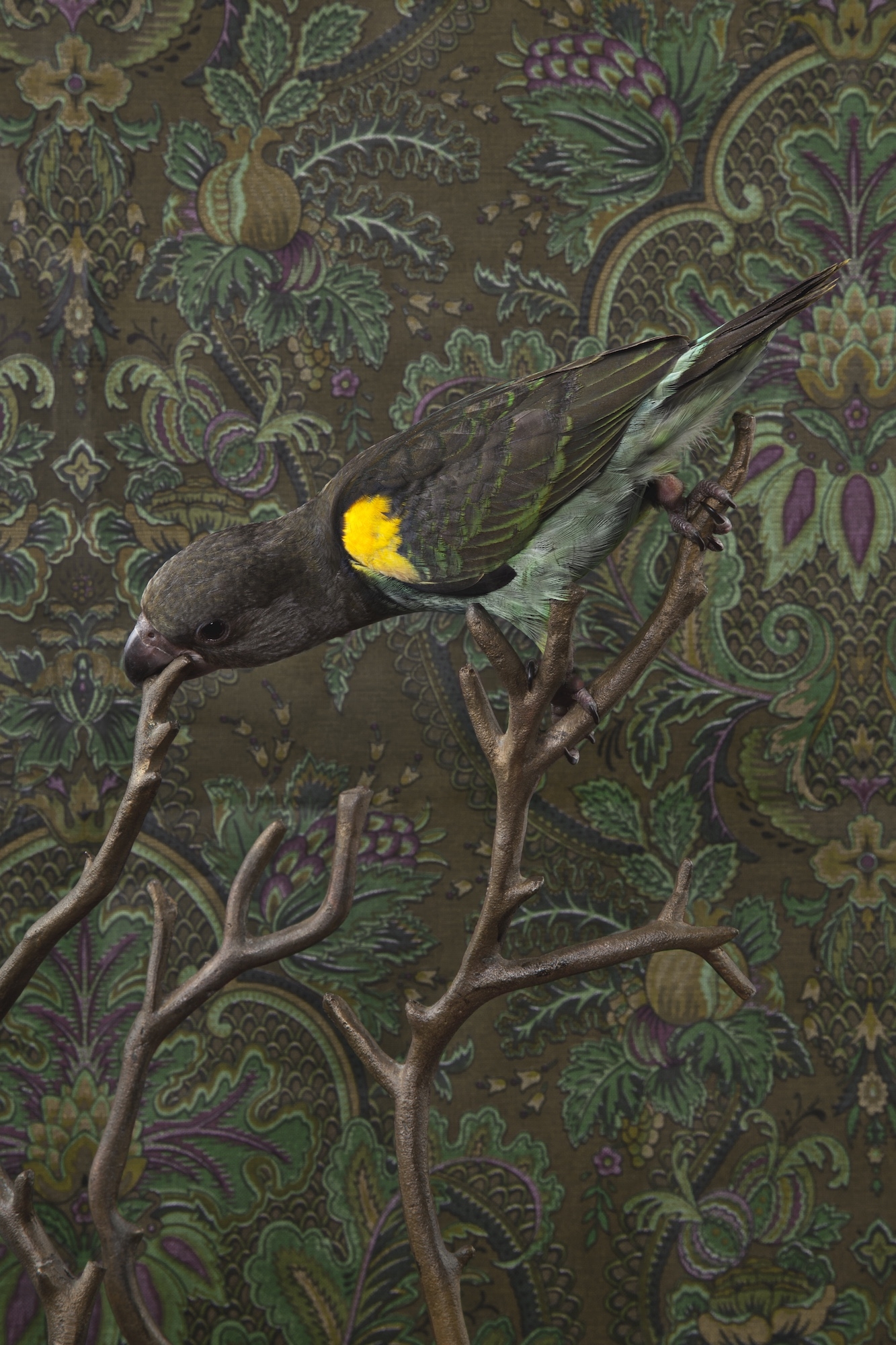 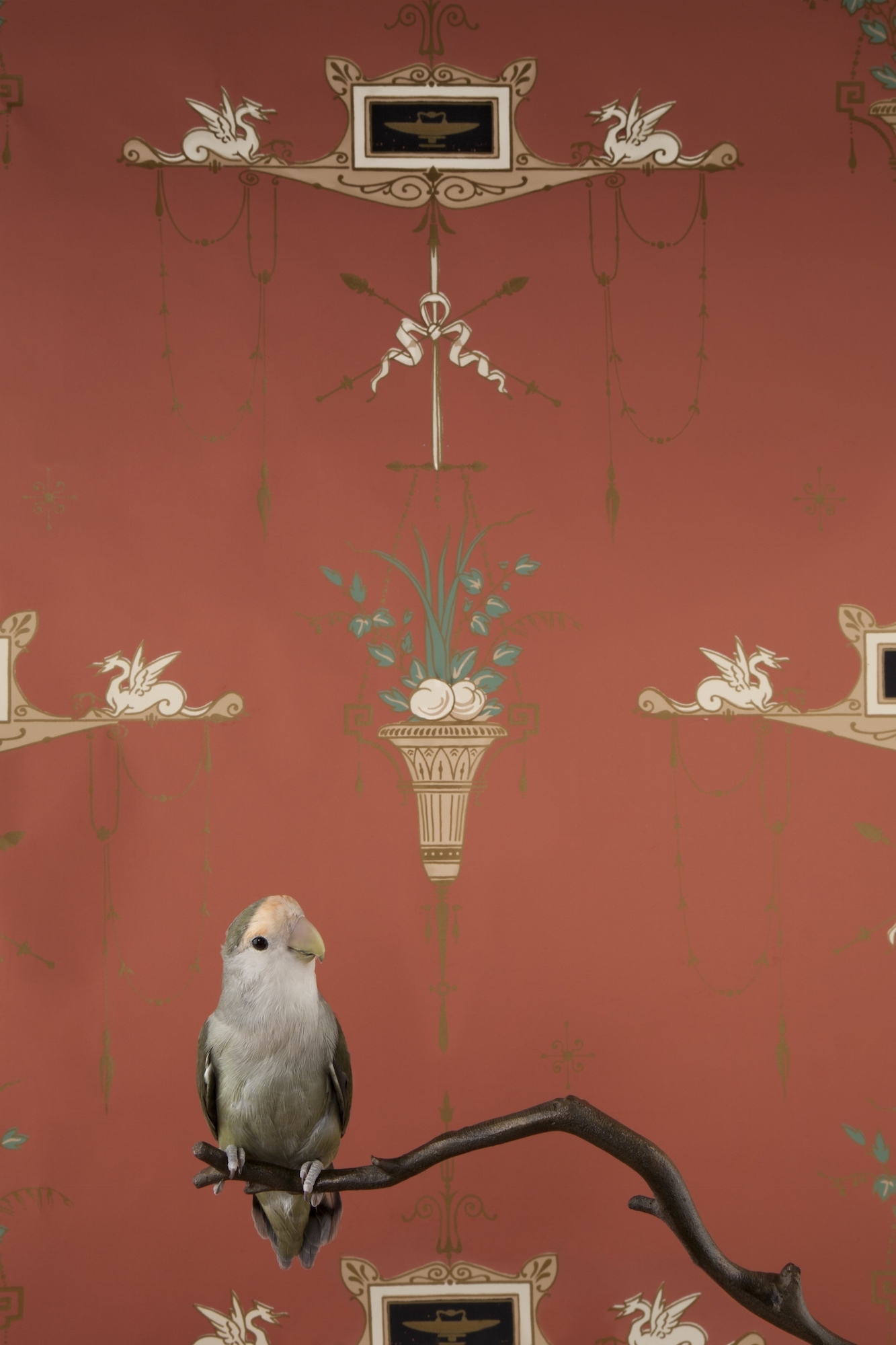 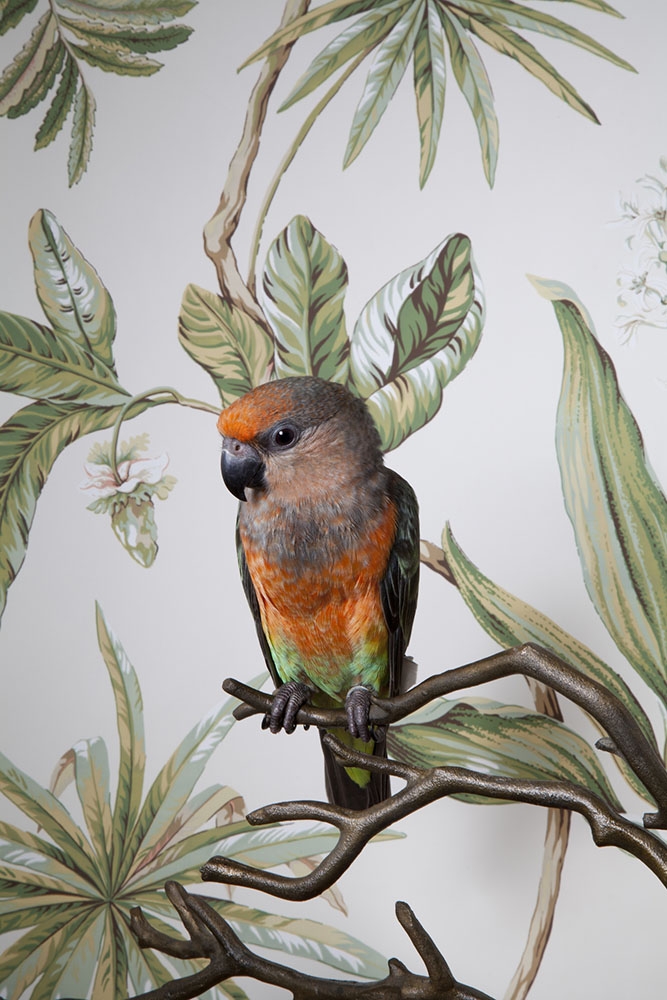 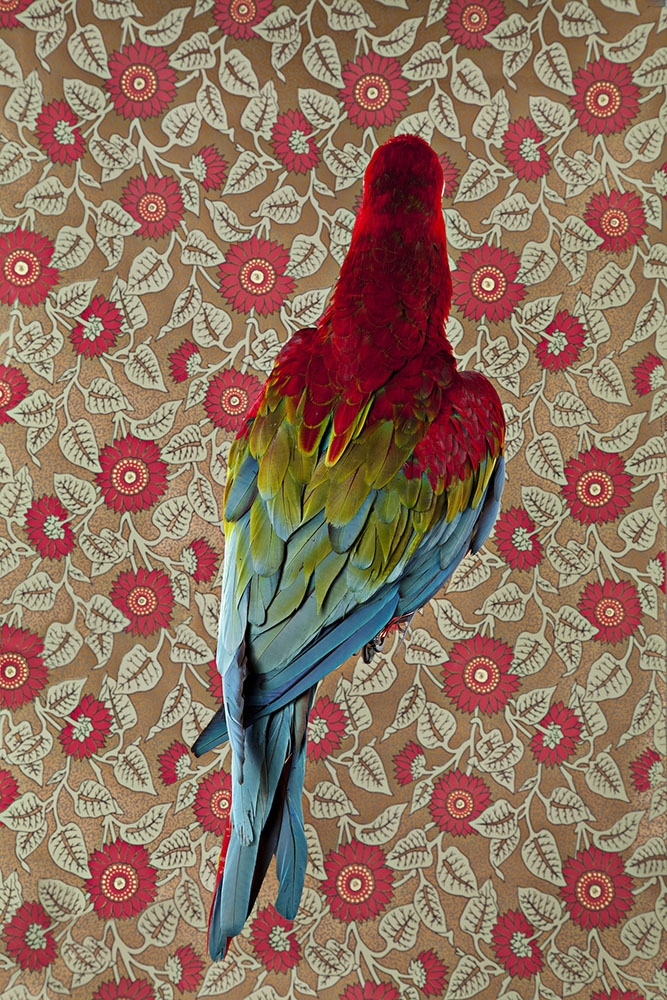